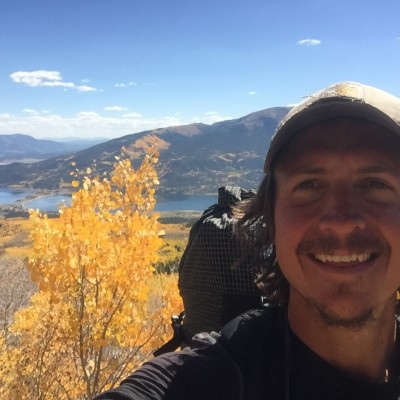 After speaking with a friend about the dream of a large-scale hike, Patrick decided to embark on an epic, near 1,900-mile trek for charity along one of the three major U.S. long-distance hiking trails: the Continental Divide. Running a total of 3,100 miles, the trail can be hazardous. But adventure called to Patrick, and before long, he was off and running to answer it.

When did you start your hike, and how did you prepare for it?

I started hiking the Continental Divide Trail (CDT) southbound from the Montana/Canadian border in Glacier National Park on July 1st of this past year.  I’ve kinda been putting the pieces for the hike together over the last few years, but started serious planning at the beginning of 2015.  In hindsight, I actually over-prepared in a lot of ways.  I suppose that was one of the things I was out there to learn though.

What was your goal for the hike? Did you intend to hike the entire length of the trail?

I was hesitant to expect too much of the journey.  The bigger adventures never seem to turn out like you expect, and I had no intention of being disappointed!  Nonetheless, I did have a few things that I was after.  I wanted to rediscover a strength in myself that I haven’t necessarily fed correctly in recent years.  I wanted to be out there for the benefit of others, not just myself.  I wanted to alleviate some anxiety in my life.  I’m still not even sure how well I achieved these goals.  It’s been a strange reintroduction to life after the trail.  I did want to finish the whole thing, and the last 200 miles I walked were tough.  I was dealing with a hip injury that I had hoped would not end it for me.  But it, along with the first big snow in the San Juan Mountains of Southern Colorado pretty much sealed the deal for this year.  I had to get off just before hitting the New Mexico border in Colorado. 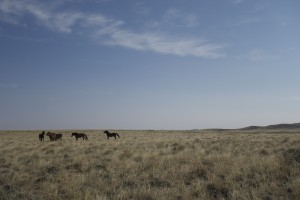 What inspired the idea to embark on such an ambitious hike? Any charity, or charities in particular?

The initial inspiration was very personal.  There are very few options available to us these days that afford a true sense of adventure, to put yourself out there and experience the full grandeur of human endurance and awe.  I think wilderness travel is one, though.  So, adventure was my inspiration.  I was talking to my friend Pete about the CDT dream a few years back, and he planted the idea of raising money for charity while walking.  Of course!  It was a no-brainer.  So the charity thing became an extra motivator for me in both planning and while actually out on the trail.  I reached out to friends for recommendations on which organizations to support.  I ultimately picked 5: The Continental Divide Trail Coalition, The Wild Horse Inmate Program (WHIP), World Resources Institute, Kate’s Club, and of course, The Fistula Foundation. 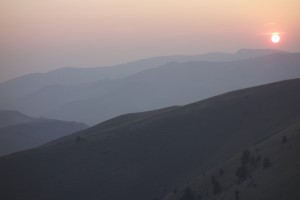 If so, what is it about these charities that speaks most to you?

It was a mixture of friends’ voices and my own.  Aside from choosing organizations that were working on what I consider to be important issues, I also wanted to make an impact, and so I was hoping to pick organizations that don’t already receive tons of money.  With the exception of the World Resources Institute, my selections fit the bill.

You seemed to have several supporters. Did that further inspire you as you went about your trek?

Absolutely. There were plenty of moments where it provided more motivation to keep going, knowing that more miles meant more money to good causes. 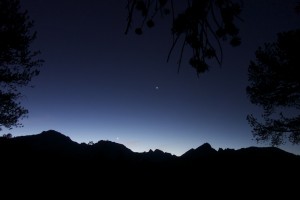 How did you communicate the charitable donation part of your walk to your friends and family? Did they follow you online in some way, with a blog or other kind of site?

I used social media to get a link out to a little app I built to gather pledges and show progress: http://www.patrickforce.com/cdt2015.  I couldn’t find another site or app that did quite what I wanted to do, so being a software developer myself, I just built something. 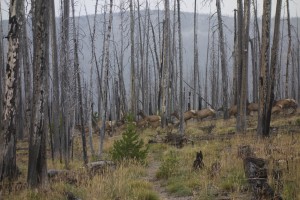 How did you learn about Fistula Foundation, and how did you decide to add us to your list of charities (if there was a list)?

I heard about your organization from my friend Arpita.  She has a good eye and heart for important causes.  She pointed out what a big difference a little support can make through your foundation.  And any effort that’s tackling problems in the poorest of human populations speaks to me.

What about your charitable goals? Did you set any, and if so, did you reach them?

I didn’t set any solid goals for the amount I wanted to raise.  Thinking back, I guess I had hoped to raise roughly a few thousand dollars total, and I did achieve that, so that’s cool.

Are there any plans on the horizon for future long-distance hikes for charity?

You bet.  I really want to go back and finish New Mexico on the CDT in 2016 since I fell a bit short on this haul.  Not sure if that’ll be the time to ask for pledges again, but I feel as though I’m starting to form a special relationship with long-distance hiking, and for the many long distances to come, it seems silly to do them for myself only. 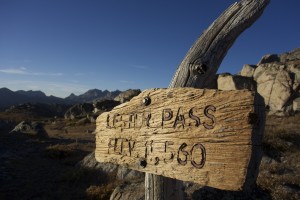 If you could give one piece of advice to someone considering doing something similar to your hike for Fistula Foundation, or donating in general, what would you say?

Just do it, I suppose.  If you’re already considering helping out, then now’s the time.  And if your version of helping out happens to be walking thousands of miles, then I guess all I can say is: I’m sorry that you’re as crazy as I am.  But seriously, let me know if you want some company out there on the trail. 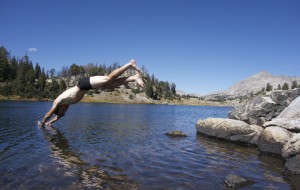