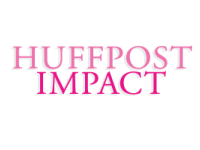 In September of 1994, the world community gathered in Cairo for the United Nations International Conference on Population and Development (ICPD). It was the largest intergovernmental conference on population and development ever held, producing a comprehensive Programme of Action that remains today as both touchstone and framework for the field. Yet in all 194 pages of that landmark document — which covers everything from female empowerment to male responsibilities in family planning — the childbirth injury obstetric fistula is not mentioned. Not once.

Obstetric fistula is a profound traumatic injury that’s been ruining the lives of would-be mothers throughout history; the first historical occurrence recorded dates back to 2050 B.C. It’s an injury that affects women like 16-year old Goni, from Ethiopia, who labored for days until her stillborn baby was delivered, and was then left incontinent until surgery years later could heal her wounds. Yet, until a decade ago, fistula was literally not on the global health agenda, even though it is arguably the most devastating and disabling of all childbirth injuries.

The simple reason: women who suffer from fistula live almost exclusively in rural areas of very resource constrained countries, and are therefore some of the least empowered human beings on the planet. Obstetric fistula impacts almost no one in the developed world since it was largely eradicated a century ago when access to emergency obstetric care became widespread.

Nearly two decades after the ICPD, the world has come together to create a global, multi-sector response to this previously neglected scourge, and now the tide is turning. To both commemorate progress and inspire future efforts, the United Nations General Assembly has proclaimed today, May 23rd, as the first annualInternational Day to End Obstetric Fistula.

This date is particularly fitting because it’s been a decade since the United Nationslaunched its Campaign to End Fistula, helping strengthen the visibility of the issue and increase collaboration and coordination amongst doctors, hospitals, advocates and governments. Large bilateral donors, such as USAID’s funded Fistula Care program at Engender Health, have provided critical policy and research leadership. Further, a nascent organization, the International Society of Fistula Surgeons, was formed in 2007 to advance the practice of fistula surgery, a field that draws specialists from obstetrics, gynecology, general surgery and urology.

The International Federation of Gynecology and Obstetrics, in partnership withUNFPA, has pioneered both a training manual and a field-based fellowship training program. These multinational, bilateral and medical community efforts have proven critical to providing leadership, assessing need and injecting data into a field where little existed before, and distributing government resources where they are needed most.

The private sector fills the last crucial piece of the fistula treatment equation. Nongovernmental organizations, such as the Fistula Foundation, are advocating on behalf of fistula patients and forging relationships with corporate and individual donors to raise and subsequently distribute funds that expand the capacity for treatment at facilities in Africa and Asia.

In response to the vast need and growing awareness, generous donors have stepped forward to help the Fistula Foundation expand dramatically in the last four years, now supporting treatment sites in 19 countries. As donors in the United States and Europe learn about the issue, coffers to fund treatment have swelled.

Organizations like ours also fill a role in increasing the capacity of hospitals, through injections of critical funding for surgeries and training by expert surgeons to help provide fistula treatment where none was available before. Direct Relief provided key leadership in working with us and UNFPA to pioneer the first Global Fistula Map, a dynamic tool that provides information on treatment facilities around the world.

Several leading private sector corporations have also stepped forward to fund and support fistula treatment and prevention efforts, but none with greater resolve and dedication than Johnson & Johnson. The company has provided significant funds and supplies for fistula treatment, and been a strategic partner with our Foundation helping get critical funds to advance treatment in under-resourced communities. In addition, internet powerhouse Google has given in-kind advertising on its network to the Fistula Foundation to help expand awareness and fund our operation.

The media has taken notice as well, creating awareness of fistula among citizens and potential donors, where little existed before. Two-time Pulitzer Prize winning journalist Nicholas Kristof at The New York Times elevated the issue through numerous columns that brought the stories of women with fistula and the doctors that treat them to the attention of his readers. His bestselling book, “Half the Sky: Turning Oppression into Opportunity for Women Worldwide” (published with his Pulitzer Prize-winning wife, Sheryl WuDunn), devoted a section to fistula. Further, Oprah Winfrey featured the work of pioneering fistula surgeon and founder of the Addis Ababa Fistula Hospital, Dr. Catherine Hamlin, on two of her programs.

We have a long way to go to provide treatment to the enormous backlog of women with untreated fistula, let alone provide the emergency obstetric care needed to prevent the injury. But while there is no silver bullet to solving this global problem, our coordinated response is making headway.

We must continue to fight for the women who have been traumatically injured while trying to bring a child into the world. They need our help to regain their place in their families, their communities and their societies.