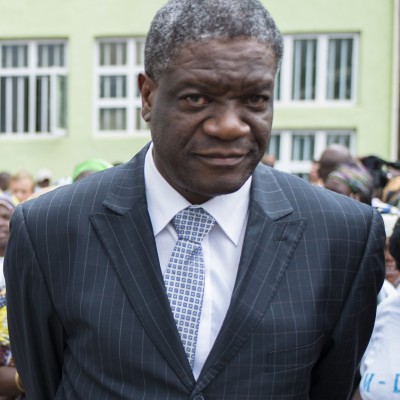 We’ve been honored to fund fistula treatment at Panzi Hospital for years, but we’ve never been more proud of our friend and partner, Denis Mukwege. His tireless efforts to treat thousands of victims of sexual violence were recognized this week with the Sakharov Prize for Freedom of Thought, the highest human rights honor awarded by the European Parliament.

“Dr. Mukwege is known for his work in one of the most traumatized places in the world. In the hills above Bukavu, where for years there was little electricity or anesthetics, Dr. Mukwege has performed surgery on countless women, some a few steps away from death, who have reached his hospital.

As the director of the Panzi Hospital, Dr. Mukwege has been a steadying presence amid the turmoil. In a white surgeon’s coat and Crocs, he focuses on healing the physical damage and the psychological trauma that follows sexual assault, helping support job-creation programs and leadership training for rape victims. He is known for his understated charisma and his seemingly bottomless reservoir of empathy.”

Read the entire article on the New York Times website.