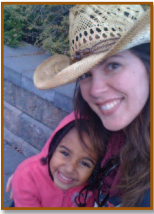 One of the Fistula Foundation’s youngest supporters is Ayana, a 5-year-old philanthropist-in-the-making who lives in western Canada. Ayana is adopted and wanted to do something to support women and girls living in her birth country of Ethiopia.

Her mother, Lisa, is a Fistula Foundation supporter and activist who runs the Knit for Fistula – Blanket Project group on Facebook, an online community that knits blankets for fistula patients at Hamlin Fistula Hospitals in Ethiopia. Inspired by her mother’s commitment to helping women with fistula, no doubt, Ayana decided to give her entire savings – $25 – to The Fistula Foundation to help fund surgery for a woman in Ethiopia.

When her mother sent an adorable video of Ayana announcing that she wanted to give her money to – in her words – “the womens” in Ethiopia, we knew that other supporters would be as touched as we were about her gift. Simply by posting her video to The Fistula Foundation’s Facebook page, Ayana’s generous $25 contribution turned into matching donations of $900 from others who were inspired by her gift.

A big thanks to Ayana, Lisa, and so many of you who helped fund two fistula repair surgeries for two women in Ethiopia!

View all posts by Fistula Foundation →